In this blog post I discuss the changing landscape of the quantum industry over the last few years. I mostly focus on the long history of curiosity driven innovation that was necessary to reach the current state of the art and connect it with the increasing amount of applications. This brings me in the end to an analysis of the attention that quantum computing receives nowadays.

In today’s world, the word “quantum” evokes similar dreams, hopes and reactions like the words “blockchain” or “artificial intelligence”. Enthusiasts focus exclusively on the disruptive potential while the greater public sees it mostly as a big hype which is impossible to understand for normal people. This hipster role is rather new to the quantum sector which has largely evolved under the radar to the greater public for the last one hundred years. In this blog post, I will summarize my impression on the development of quantum physics towards this new role, discuss the different applications like sensing, cryptography and computing and give my impression on the current status of the emerging industry, which feels quite a bit like the wild west at the moment.

The esoteric beginnings of quantum physics in the 1920s

Quantum physics was founded in the 1920s by theoretical physicists like Planck, Einstein, Schrödinger or Heisenberg (before he was reborn as a drug kingpin in a TV series). Their calculations were actually meant to explain rather esoteric physical effects like black body radiation or the photoelectric effect. This work proved to have major implications to our understanding of physics and became integral to the description of our world. Its application starts from simpler systems like atoms and nuclei. But it also allows us to understand complex materials like superconductors, where the current flows without resistance. This status of a descriptive superpower that underlies physics remained until the 1980s when lasers became stable enough to be used as a tool for experimental physics.

The playful birth of quantum sensors

The way people looked at quantum physics gradually changed when brave pioneers started to use new technologies like lasers to cool and trap individual particles. This work was purely curiosity-driven and was launched in a tiny number of university and government laboratories. It suddenly allowed people like Dave Wineland, Bill Phillipps or Claude Cohen-Tannoudji a previously unimaginable degree of control over atoms and ions. This kind of work had such an important impact on physics that it was recognized with several nobel prizes and is now used to define our measurement units like the second, the meter etc. It is now so well established that companies like iXBlue in France or AOSense in the US can offer ultraprecise sensors to their customers. The sensing power is so high that it provides new possibilities for navigation of vessels that might have no access to satellite navigation, i.e. submarines. In other words, it makes for an interesting technology for the military which is one of the bigger investors and clients into quantum sensors. However, the hefty price tag and the close connection to military applications explain why this sector still remains fairly unknown to the public despite its clearly established use-cases and growing importance to various important industries.

The puzzling foundations of quantum cryptography

The development of the laser also allowed pioneers to test some of the more exotic predictions of quantum mechanics. In quantum mechanics a system can be in multiple states at the same time as long as no one is watching. This is nicely summarized in Schrödinger’s poor little cat, which is dead and alive in a closed box as long as no one is opening the box. The predictions of quantum mechanics become even more intriguing if the system is split into parts and the parts are observed at different places. As beautifully explained in some public lectures by Alain Aspect or Anton Zeilinger, it is possible to test exactly these predictions by sending coupled (entangled) light beams in different directions and watching the properties of the light particles (called photons). The early experiments were clearly carried out to test if quantum mechanics is working even in these extravagant situations which were proposed in some thought experiments by Einstein, Podolski and Rosen in the 1930s. They confirmed that the observation of the coupled light beams at one position has immediate effects at the other position. It therefore laid the groundwork for cryptographic protocols that allow us to know if someone is listening. Nowadays quantum cryptography is so well established that companies like IDQuantique provide it to their customers for years now. It remains one of the more puzzling things to me that industrial interest in this kind of cryptography seems comparatively small. Quantum cryptography already provides substantial protection against a lot of the threads that people fear, the cost is manageable, it can be bought already and yet people get easily bored by the topic.

The hyped birth of quantum computing

This brings us to the topic of quantum computation. It was discovered by Peter Shor in the 1990s that it is possible to develop algorithms based on quantum mechanics that can factorize numbers faster than classical algorithms. This proof has enormous potential impact as the hardness of factorization is used to secure the internet or … the blockchain. This motivated a number of groups in the 1990s to start building quantum devices on which such algorithms could be implemented, i.e. quantum computers. This community of brave scientists like Dave Wineland, Rainer Blatt or Chris Monroe was tiny and quite frankly smiled at for years. The experimental challenges in building these devices are ridiculous and the requirements of Shors algorithm even more so. To provide some context here, classical computers operate nowadays routinely with billions of error corrected bits. Until 2015, experiments typically operated with less than 10 noisy quantum bits. And to this date, the factorization of the number 35=5×7 remains a hard problem for quantum computers.

Despite these daunting challenges, quantum computing is nowadays in a fascinating process of industrialization. In 2016, IBM made it possible to access simple quantum computers through the cloud and program them within a few lines of code.  The importance of this step in the democratization of quantum computing is hard to overestimate. For one hundred years, quantum physics was confined to thought experiment or involved years of training in the construction and operation of highly specialized machines. Suddenly, it became possible to play around with quantum physics within minutes at minimal personal cost. And this also immediately raised the question when such devices could do more than stimulating our mind. And the race to answer this question has now unlocked large funding from large IT companies, venture capitalist and governments. However, the enormous funding also often comes with enormous expectations, which quite often disconnect from the state of hardware. A frequently voiced hope  is that quantum computers should be able to solve industrially relevant tasks cheaper and or faster than classical devices. However, the answer to these questions requires the identification of an industrially relevant task, which mostly involves people that are not specialists in quantum computing. And once the task is identified it has to be solved with quantum technologies by people that are typically experts in everything except the task at hand. This has made this chase for “quantum advantage” a rapidly moving target with frequent claims that are often quite problematic and promises to investors and clients that are hard to keep at best.

My take on the current status

Given that I have worked for years in the academic sector on quantum problems it is exciting to see the dramatic change in the field nowadays. Quantum sensing and cryptography are still fairly small industries but their growth path is quite certain and a great opportunity to any country that can attract it.

The field of quantum computing on the other hand feels substantially more like the wild west. Given the potential implications for the IT sector, governments wisely provide substantial funding to make “quantum advantage” accessible to their industries. This clearly pushes academia and industry to come closer together than ever before and the pace of innovation is not slowing down. Because both sides have only started to talk to each other there is a tremendous amount of new applications to uncover and future developments anybody’s guess.  However, the amount of overpromising is equally impressive in this field. As this overpromising is fairly common to newcomers as well as more established players, it is hard for outsiders to judge and makes the field vulnerable to fraud.

Last but not least, we can also observe that the American appetite for risk is an invaluable competitive advantage. The academic research in Europe and the US are at par at least. However, large industrial players like Google or IBM started to invest substantially into the field years ago. IBM is now reliably operating millions of cloud calculations on their quantum devices, while there is still no european competitor reliably accessible. While Europe is therefore playing catch up, it is largely missing access to flexible venture capital. This lets our industry rely substantially more quite often on naturally more bureaucratic government funding which is also often keeping the money close to academic institutions. Altogether, it is not very clear that Europe will be able to overcome these shortcomings and once again be forced to be a user of American or Chinese technologies. Altogether, it promises to be  an exciting journey with a bright future ahead for the pioneers if the involved players can keep a cool head and show a lot of endurance. 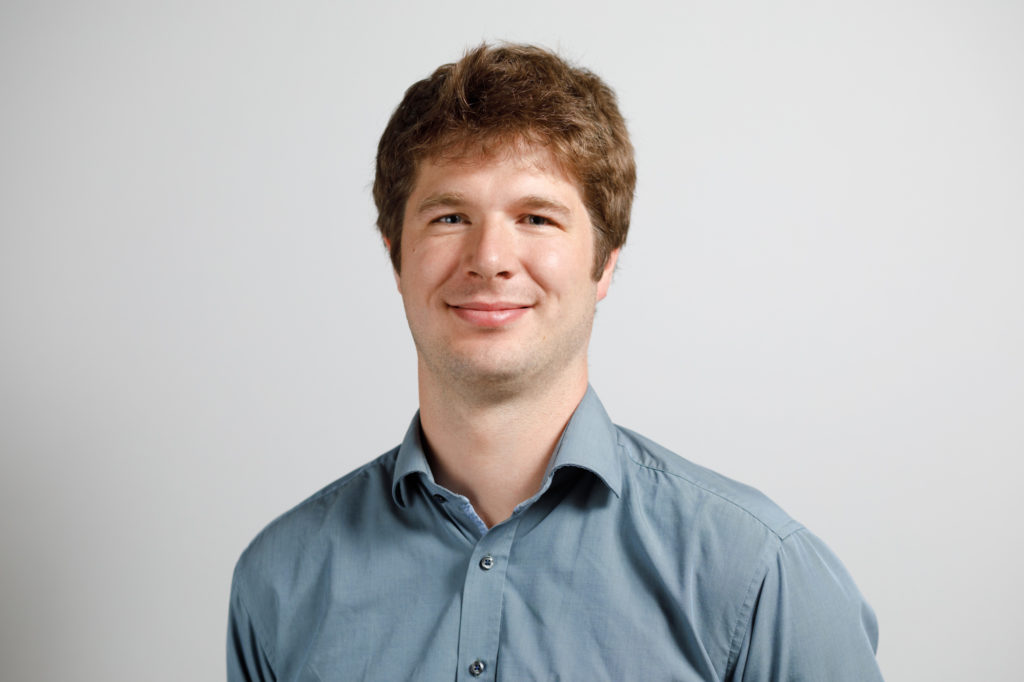 Prof. Dr. Fred Jendrzejewski started his work on quantum physics with his PhD at the Institut d’Optique in France. Here, he performed experiments to study fundamental concepts of the effect of material imperfections on the motion of electrons. This led to a post-doctoral research stay at the NIST in the United States, where he got to use cold atoms to investigate possible concepts for new measurement standards. In the following, he led an experimental research group in Heidelberg for several years, which focused initially on the quantum simulation of high energy problems with highly controlled atomic systems. During this time, industrial partners started to have an increasing interest in different quantum technologies and we started to explore the potential of our system for their applications. This led last year to the foundation of Alqor UG, which focused exclusively on this intersection of industry and research.

This website uses cookies to improve your experience while you navigate through the website. Out of these cookies, the cookies that are categorized as necessary are stored on your browser as they are essential for the working of basic functionalities of the website. We also use third-party cookies that help us analyze and understand how you use this website. These cookies will be stored in your browser only with your consent. You also have the option to opt-out of these cookies. But opting out of some of these cookies may have an effect on your browsing experience.
Necessary immer aktiv
Necessary cookies are absolutely essential for the website to function properly. This category only includes cookies that ensures basic functionalities and security features of the website. These cookies do not store any personal information.
Non-necessary
Any cookies that may not be particularly necessary for the website to function and is used specifically to collect user personal data via analytics, ads, other embedded contents are termed as non-necessary cookies. It is mandatory to procure user consent prior to running these cookies on your website.
SPEICHERN & AKZEPTIEREN